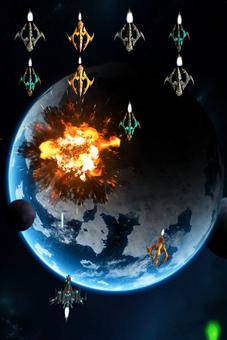 Shoot 'em up , Space Shooter - Space Invaders If you like space shooter and space invader games you should try this version of a galaxy Shoot 'em up. Galactic war in space and endless alien invader waves are waiting for you ! Background story of the galaxy space shooter Cazzarion: Aliens attack from outer space. Stop the aggresive alien starships in a battle inside an foreign galaxy to protect the earth. In endless waves the alien invader will attack you and your starship to reach our home planet. It's up to you to prevent the downfall of our civilization! In this Shoot 'em up you will be faced with a alien invader bullet storm. The increasingly large number of projectiles and enemies is a big challenge in this game.

Instructions to get the game for free Cazzarion UWP :