Get free Rebel Inc: Escalation - Sand & Secrets on Steam. This paid game has been free for a while. If you add the game to your library while the free game deal is still active, the game will be yours permanently. You can find free games and get information about games with Freegames.codes.

Available on platforms: Steam DLC
Free0100% OFF
Deal Status:Expired
Get It Free

3. Enjoy with your new free game 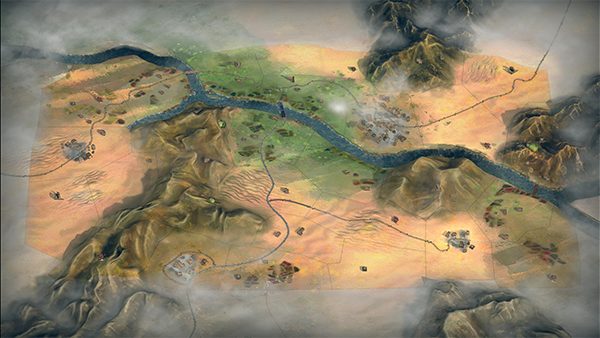 New Lands Await
A whole new region to stabilise, full of vast sand dunes and untapped potential… It must be kept from the Insurgents at any cost.

Oil is Money, Money is Power
Securing the Oil Fields is your top priority, they will provide you with additional funds.

Priority Targets
You're not the only one looking to secure the oil, the Insurgency will focus on capturing the fields with alarming aggression.

Coalition Lobbyists
Use new initiatives to make better use of the Coalition Soldiers deployed in the region; their tours will be extended if protecting something important…

More Money, More Problems
A whole new series of decisions and events - choose how to split the oil profits, keep shareholders happy and maybe even encounter a very special sandworm.

The Insurgency has gone underground, using stealth tactics and intelligence blackouts in a despicable attempt to secure the oil derricks.

Can you defeat an insurgency that can't be seen?

The Tank Commander has lost his mind! He's stealing all the oil from Golden Sands to power his obscene war machines.

Obliterate the Insurgency in this fast and furious world of fuel-injected turbo-charged supertanks.

Golden Sands has been seized by the Insurgency and they're threatening to set fire to the Oil if the Coalition attempts to take it back. The oil must be secured at all costs!

There's no time to explain! Can you stabilise the region when time is always moving forwards?

Steam
Get It Free

Dishonored®: Death of the Outsider™